The nine paintings made by Gustav and Ernst Klimt and Franz Matsch for Rijeka theater are on display at The Klovićevi dvori Gallery in Zagreb from April 12.

On the Gallery ground floor, in five spacious rooms, the audience can learn about the building, opening and decoration of Teatro Comunale (CNT Ivan pl. Zajc), the work of three artists gathered in a joint atelier, their early theater commissions, as well as each of the three painters and their Rijeka oeuvre.

The paintings were dismantled from the theater ceiling and proscenium in August 2018. Until April 2021 they have been in the restoration workshops of the Croatian Restoration Institute in Rijeka and Zagreb, and after that, for a second time in the history, after 136 years, they have been displayed in front of the audience at a near distance in the City Museum of Rijeka. The first time that was done in March 1885, at the Museum of art and industry in Vienna, before the paintings were transported to Rijeka.

Exhibition at the Klovićevi dvori Gallery, under the new title Klimt in Rijeka – love, death, ecstasy, organized by the City Museum of Rijeka in a partnership with the Gallery, can be considered as their third exhibition in the history. Within the exhibition, a new catalogue on 120 pages was published. The new catalogue is more focused on the nine theater paintings than the extensive one published last year. 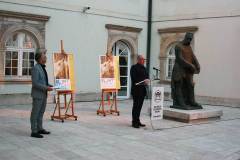 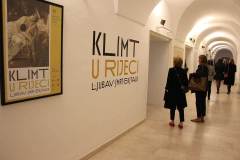 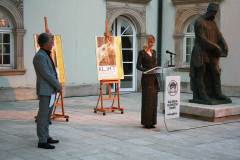 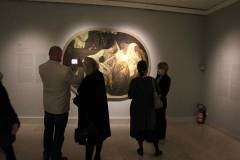 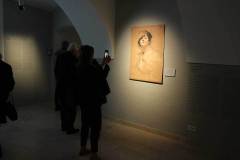 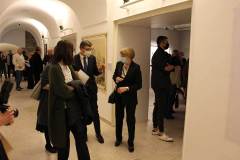 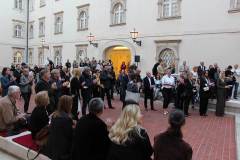 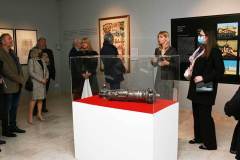 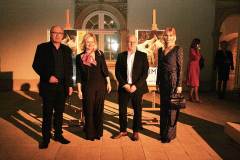 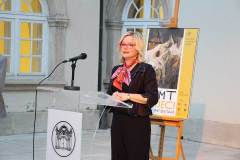 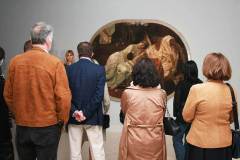 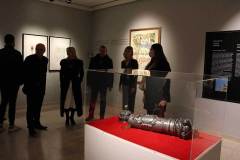