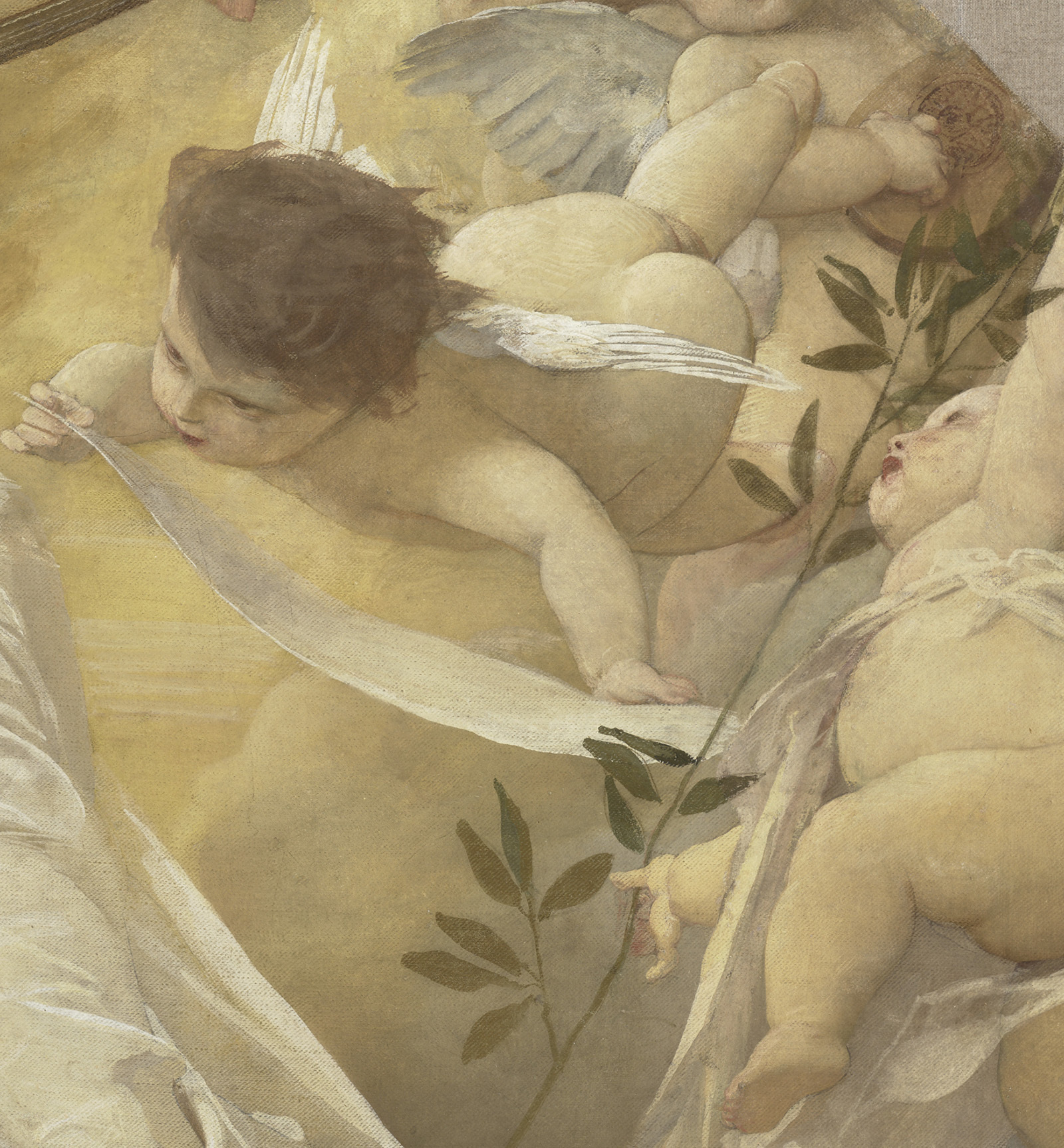 A light touch on the screen with the sky activates the projection of angels and winged boys from the paintings of the Klimt Brother’s and Franz Matsch’s atelier and recognizable symbols of Rijeka’s cultural heritage.

Torpedo, a world invention that originated in Rijeka in the 1860s, is a symbol of the economic rise of the city in which various buildings for industrial, cultural, educational and other purposes were erected hinting favourable conditions for the construction of a large theatre. The opening of the theatre on October 3, 1885 was marked by a solemn celebration on the occasion of which mayor Ciotta laid a metal tube under the third pillar leading from the atrium to the auditorium. The tube is a kind of time capsule that contained documents related to the construction and opening of the theatre building. It was forgotten until the 1970s when it was allegedly found thanks to an old newspaper article.

The tube and a number of other interesting objects related to the history and tradition of this region appear together with angels and amoretti inviting visitors to discover the hidden objects.