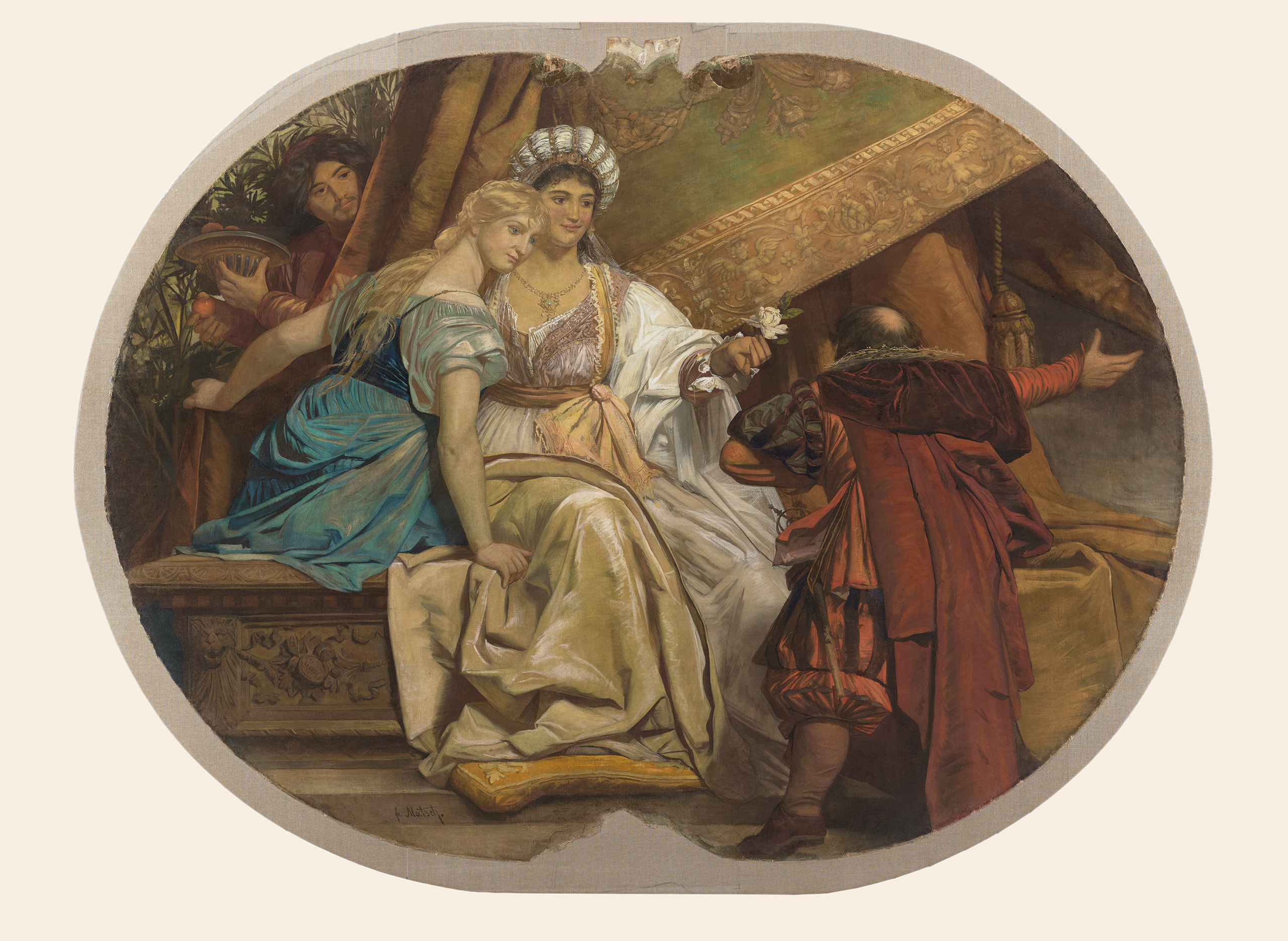 Out of the six paintings painted by Gustav Klimt and Franz Matsch for the vault of the Rijeka Theatre, only this one does not take us directly into the world of antiquity. Inspired by Italian Renaissance painters Titian and Veronese, the painter depicts two ladies listening intently to a performance performed for them by a figure of short stature, dressed in Renaissance attire. One of the young women presents him with a rose flower as a token of gratitude and respect. Typical theatrical scenography, which does not represent a classic scene, as well as the arrival of young man peeking behind the curtain and offering fruit that the woman in a blue dress was facing until that very moment, proves that this is a sudden visit and incidental recitation inside a theatrical ambience. It might be a casual encounter between a performer and the audience during a break or after the performance. The character of the performer in the foreground is irresistibly reminiscent of the characters from the paintings by the famous Spanish court painter Velázquez from the Baroque period, who is known for his historical paintings and numerous portraits, including those depicting courtiers of extremely low stature. A lively gesture and purple velvet in which Matsch’s figure in the Rijeka painting is dressed indicate that this might be an allegorical depiction of comedy or comic opera. Taking into account the entire iconographic programme of the Rijeka Theater, we can conclude that this work is a counterpart of Allegory of Opera by Gustav Klimt. 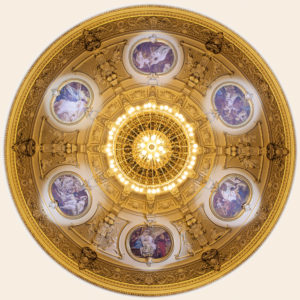