At the Sugar Palace on October 26th, the catalogue of the exhibition The Unknown Klimt – love, death, ecstasy was presented, which brings the audience closer to the early works of one of the most celebrated artists of all time – Gustav Klimt, and to the paintings that after 133 years were dismantled from the ceiling and proscenium of Rijeka’s Croatian National Theater Ivan pl. Zajc, and restored.

The richly illustrated 236-page edition in Croatian and a separate English version presents texts by 14 local and international experts of different profiles with experience in researching and dealing with the work of Gustav and Ernst Klimt and Franz Matsch. The emphasis of the catalogue is on their early artistic stage with a focus on the work of young Gustav Klimt, so the professional texts speak in large part of the influences on his painting beginnings, but also of the Art Nouveau upheaval that followed shortly after the commission for the Rijeka’s paintings.

After the presentation of the catalogue a symposium was held, dedicated to Klimt and his time. The lecture series was opened by Ervin Dubrović with the topic of Viennese and Venetian artists in the Rijeka theatre followed by lectures Klimt’s perception in Rijeka until the 1940sby Deborah Pustišek Antić, Studies for Rijeka paintingsby Marian Bisanz-Prakken, Rijeka paintings – iconographic program by Irena Kraševac and Conservation and Restoration works on the paintings by Ana Rušin Bulić and Slobodan Radić. 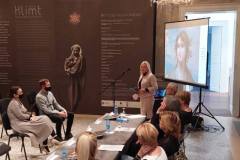 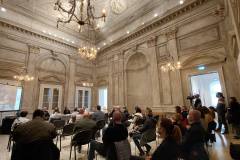 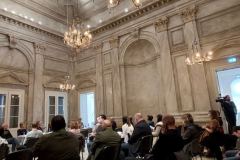 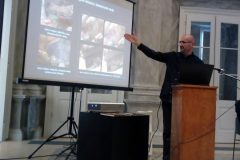 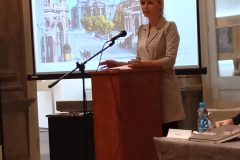 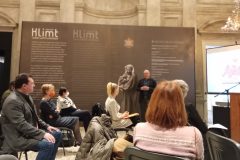