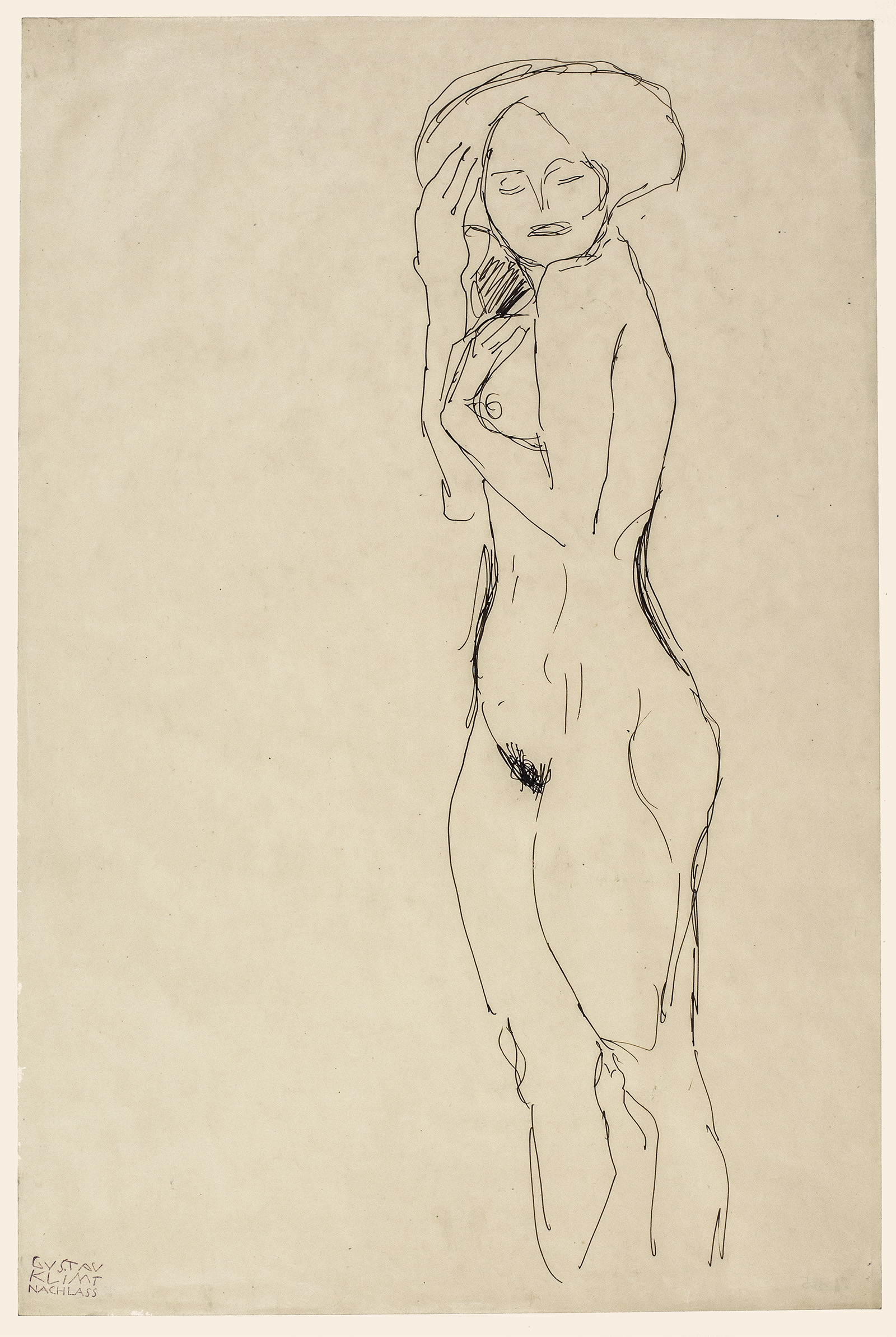 The Inconceivable Lightness of Drawing

Gustav Klimt, a famous artist, began his career as a student at the Vienna School of Arts and Crafts (Kunstgewerbeschule) working on commissions for theatres in Liberec (Reichenberg), Peleş, Rijeka, Karlovy Vary (Karlsbad) and finally in Vienna, which is mostly unknown to the general public. It is also little known that Klimt was an outstanding drawer who made dozens of preparatory drawings before beginning to work on final painting in oil or tempera. He developed a good foundation as a fourteen-year-old when he first joined the aforementioned art school, whose programme during the first years mostly focused on the development of drawing skills. It is believed that in 1878, the then school principal Rudolf von Eitelberger personally recommended Gustav for admission to the figurative painting class taught by professor Ferdinand Laufberger, and thus determined further path of Gustav’s professional development. 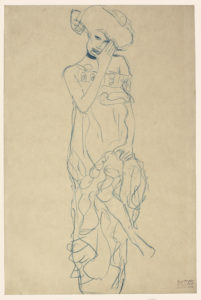 Klimt’s drawings are mostly dedicated to female characters as his favourite source of inspiration. As in painting, a radical stylistic turn around 1900 is also evident in his works in pencil and chalk. As a mature artist, he managed to revolutionize the depiction of the naked human body, unhesitatingly emphasizing the misery and agony of tragic human destiny. By education, Gustav Klimt was a painter of allegories
intended for the decoration of monumental architectural buildings, and he remained faithful to this basic principle of the subordination of painting to architecture until the end of his life. Thus, his sensual studies of female models, even when unrelated to any of the cycles related to architecture, are subject to invisible spatial laws. At the same time, his figures do not appear to be rigid due to the “inconceivable lightness” (Hans Tietze) with which Klimt reigns supreme the line by creating photographically realistic scenes with metaphysical components as a reflection of the stylistic turnaround that marked the beginning of a new period in art history.